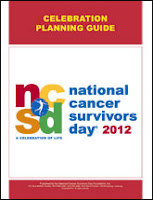 "National Cancer Survivors Day® is an annual, treasured worldwide Celebration of Life that is held in hundreds of communities throughout the United States, Canada, and other participating countries. Participants unite in a symbolic event to show the world that life after a cancer diagnosis can be meaningful and productive..."

Well who knew? I sure didn't!

Every time I read something about cancer "survival" or being a cancer "survivor"... I still just can't fully "connect" to the statement or idea.
Have I never really fully processed that I was diagnosed and treated for a terminal blood CANCER?
Have I "forgotten" all my TRAUMATIC live-saving treatments? Hardly!!!
Am I in denial?
Seriously, I should be fully "in touch" with all of this! But honestly... I feel a disconnect...

AND I KNOW I AM VERY FORTUNATE TO STILL BE IN REMISSION!!! and approaching my 2 year SCT anniversary!

So to celebrate Cancer Survivor's Day TODAY and my personal remission since late summer 2010 and other's battling CANCER along with me-
I am wearing a Tshirt that says in BOLD letters: SURVIVOR

Ok... I am trying to feel this, trying to connect, trying to process I had/have cancer...

Here's the pictorial of me celebrating Remission at various Cancer events this year: 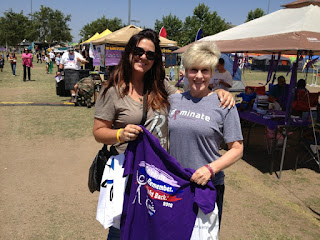 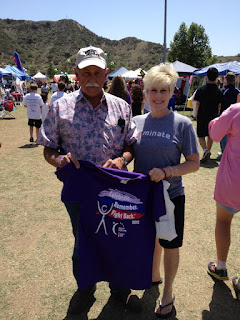 Hubby Jim and me
Wow, how can we both be Cancer Survivors?
(not to mention that son of ours
who is further out of touch with this cancer thing than me!) 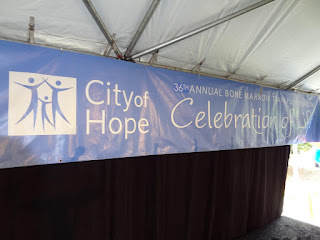 And I mean THOUSANDS!!!
Seriously amazing!!! 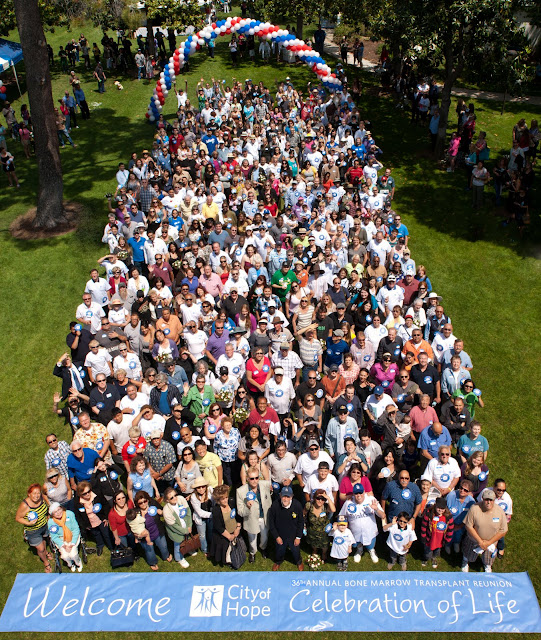 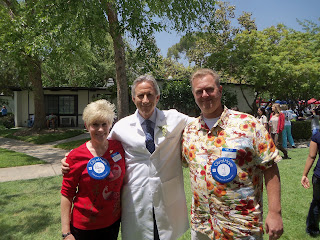 Me, my awesome Dr Kogut and fellow Myeloma survivor Jim 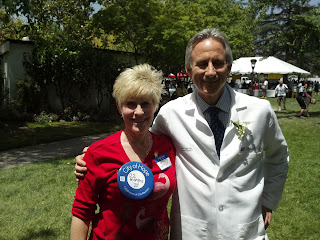 Me and Dr Kogut
Mr Awesome himself 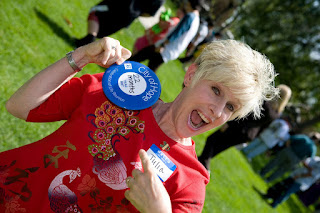 Me, being me, showing off my 22 months
Post Stem Cell Transplant button 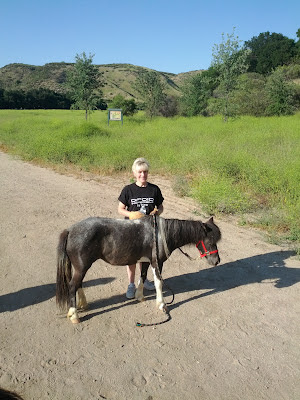 Well I do...
when I try to do things like I did
prior to a terminal cancer diagnosis
that's when I connect with
C A N C E R
as cancer stole my "perfect" health
my energy
my stamina
my get up and go
and my ability to be Cowgirl Julie

So my new hobby is
short distance
Horse Back Walking :)