Hello Darzalex, Please Be My Friend 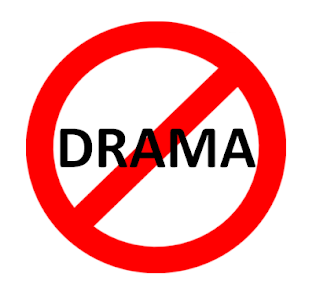 My hope is for NO side effect DRAMA on this first infusion.

For those familiar with Darza, you KNOW what I am referring to.
For those unfamiliar with Darza, truth is, many (most) myeloma patients experience some sort of "first infusion" reaction, above and beyond the "normal" reaction one has to (other) new chemos. When switching treatments (which has happened more times than I can count now!), I read read read and consult 24/7 about the new medication, treatment details, possible consequences, etc., so I know what I am getting into. I may not fully understand all Darza's bio-chemistry, but at least I won't be surprised if I do have an initial infusion reaction.

Am I scared? No. Am I nervous? No. Am I anxious? Yes... Anxious to just get this first infusion over and done with. Anxious to know if this treatment will lasso my escalating IgA and M Protein. Anxious to find out if I can be back on the winning side for change. Anxious to be ok for a little bit, if possible. Anxious for a bit of potential "normalcy" in my life, if Darza and I become friends

See Revlimid Dex was challenging regarding GI side effects, but totally worth it prior to SCT (2010), after SCT (2010-2012), then after coming out of remission (2013), until mid 2015. Then Kyprolis Dex gave me at least 9 months, from late 2015 to mid 2016. Then recently Dex, Pomalyst and Velcade, unfortunately barely made a dent. Then actually made a tiny dent, but my Dr and I decided to toss Pom and Velcade aside and go for the new big dog, Darzalex.

So hello to allll day, 8+ hour "slo-mo" infusions Tuesday Feb 28 and Wednesday March 1. The 8+ hour, all day, slow infusion rate is the norm, to help prevent side effects. And if there are side effects, the infusion is stopped, reaction-targeted meds administered, and hopefully, onward I can go. We'll see what happens!

And what are those intense, serious, potential first infusion side effects?

WARNINGS AND PRECAUTIONS
Infusion Reactions - DARZALEX can cause severe infusion reactions. Approximately half of all patients experienced a reaction, most during the first infusion. Infusion reactions can also occur with subsequent infusions. Nearly all reactions occurred during infusion or within 4 hours of completing an infusion. Prior to the introduction of post-infusion medication in clinical trials, infusion reactions occurred up to 48 hours after infusion. Severe reactions have occurred, including bronchospasm, hypoxia, dyspnea, and hypertension. Signs and symptoms may include respiratory symptoms, such as cough, wheezing, larynx and throat tightness and irritation, laryngeal edema, pulmonary edema, nasal congestion, and allergic rhinitis. Less common symptoms were hypotension, headache, rash, urticaria, pruritus, nausea, vomiting, and chills.
Pre-medicate patients with antihistamines, antipyretics and corticosteroids. Frequently monitor patients during the entire infusion. Interrupt infusion for reactions of any severity and institute medical management as needed. Permanently discontinue therapy for life-threatening (Grade 4) reactions. For patients with Grade 1, 2, or 3 reactions, reduce the infusion rate when re-starting the infusion.
To reduce the risk of delayed infusion reactions, administer oral corticosteroids to all patients the first and second day after all infusions. Patients with a history of obstructive pulmonary disorders may require additional post-infusion medications to manage respiratory complications. Consider prescribing short- and long-acting bronchodilators and inhaled corticosteroids for patients with obstructive pulmonary disorders.

Interference with Serological Testing - Daratumumab binds to CD38 on red blood cells (RBCs) and results in a positive Indirect Antiglobulin Test (Coombs test). Daratumumab-mediated positive indirect antiglobulin test may persist for up to 6 months after the last daratumumab infusion. Daratumumab bound to RBCs masks detection of antibodies to minor antigens in the patient’s serum. The determination of a patient’s ABO and Rh blood type are not impacted. Notify blood transfusion centers of this interference with serological testing and inform blood banks that a patient has received DARZALEX. Type and screen patients prior to starting DARZALEX.

Interference with Determination of Complete Response - Daratumumab is a human IgG kappa monoclonal antibody that can be detected on both, the serum protein electrophoresis (SPE) and immunofixation (IFE) assays used for the clinical monitoring of endogenous M-protein. This interference can impact the determination of complete response and of disease progression in some patients with IgG kappa myeloma protein. 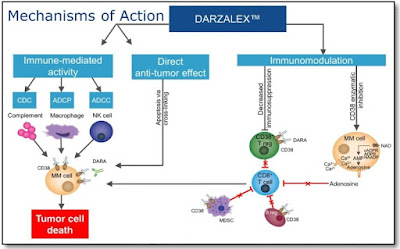 So wish me luck and I do hope for the best, with minimal infusion reactions. Me, being me, and proactive as I am, I plan to Dex up Monday, the day before, with 8mg steroids (2 pills). Then Dex up early Tuesday with 20mg (5 pills), before even arriving for the infusion. I may even take some Benadryl in advance too, maybe some Claritin too. YES, all of this PRE-APPROVED by my Dr and chemo lab Pharmacists! I inquired about this at my last appointment, when we agreed to switch from Pom, Velcade to Darzalex. I know I am a "non-conformist" and a bit "rogue", but not stupid :)) I only do what is medical protocol. I will post an update as soon as I feel ok, to let you know how I did. Thank you in advance for caring as you do, all these years! 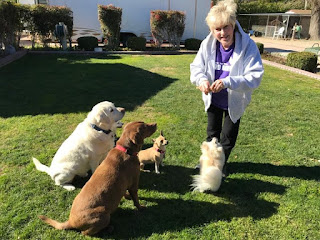 How many doggies do you see?
Count the noses :)) 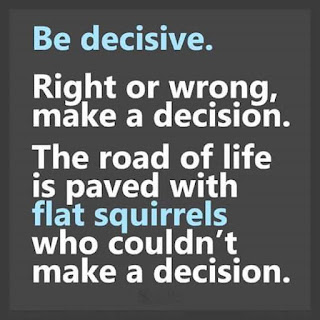 Live happy, live well, and make a difference somewhere, somehow, with someone or something as often as you can!